NORTHFIELD, Minn. (FOX 9) - The Northfield Police Department is asking for the public's help finding a six-year-old girl after her mother was found dead in their home this weekend.Police said they responded to a call around 11:50 a.m. Saturday at a residence in the 600 block of Maple Brook Ct and discovered Lisa Wade, 39, who died of an apparent suicide.

Authorities believe Wade may have been involved in the disappearance of her 6-year-old daughter Elle Ragin before she took her own life.Witnesses at the scene told FOX 9 there was a large group of people searching cornfields by the townhouses and flying drones overhead yesterday. Agents from the Bureau of Criminal Apprehension were seen going in and out of the home Sunday morning. Sunday, the state police helicopter was also seen searching the area.

Police say they have also used K-9 teams to search for Elle.As of Sunday afternoon, Elle remains unaccounted for. Police are now asking for anyone who has seen or spoken with Elle or Lisa in the past two weeks to call the police department at (507) 645-4477. Police say two weeks ago was the last confirmed sighting of the mother.Northfield police are asking for help locating 6-year-old Elle Ragin.

Police say that is because they don't have any information about other suspects or a vehicle involved in the case – which they need to issue an alert. A missing and endangered missing person alert has been issued, however. Police say they have no other 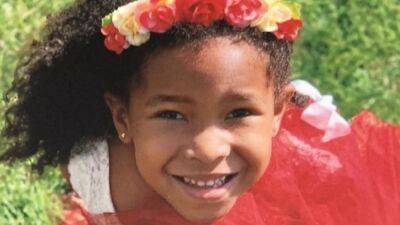