Chinese-Canadian billionaire Xiao Jianhua, who went missing in Hong Kong five years ago, was due to go on trial in China on Monday, the Canadian embassy in Beijing said.

China-born Xiao, known to have links to China’s Communist Party elite, has not been seen in public since 2017 after he was investigated amid a state-led conglomerate crackdown. The specifics of the probe haven’t been disclosed by officials.

Xiao was whisked away in a wheelchair from a luxury Hong Kong hotel in the early hours with his head covered, a source close to the tycoon told Reuters at the time.

Read more: Where is Xiao Jianhua? Officials mum on abduction of Canadian-Chinese tycoon in 2017

“Global Affairs Canada, our home office, is aware that a trial in the case of Canadian citizen Mr. Xiao Jianhua will take place today,” a Canadian Embassy official told Reuters over the phone in a readout of a statement from Ottawa.

“Canadian consular officials are monitoring this case closely, providing consular services to his family and continue to press for consular access.”

Zhao Lijian, a spokesman at the Chinese foreign ministry, said on Monday that he was not aware of the situation, when asked about Xiao’s trial at a media briefing.

Xiao was ranked 32nd on the 2016 Hurun China rich list, China’s equivalent of the Forbes list, with an estimated net worth of $5.97 billion at the time.

At the center of Xiao’s empire is the financial group Tomorrow Holdings Co.

In July 2020, nine of the group’s related institutions were seized by Chinese regulators as part of a crackdown on risks posed by financial conglomerates.

In 2021, regulators extended the one-year newsfirst.lk
10.06.2022 / 14:39
49%
449
China ready to work with India to help Sri Lanka & Chinese financial institutions reached out on debt payments
COLOMBO (News 1st); China on Wednesday (8) has expressed willingness to work with India and the international community to help Sri Lanka tide over its crushing economic crisis.“We have taken note that the Indian government has also done a lot in this regard. We commend those efforts.
Zhao Lijian China India Sri Lanka county Will city Beijing, China Government medicines Provident 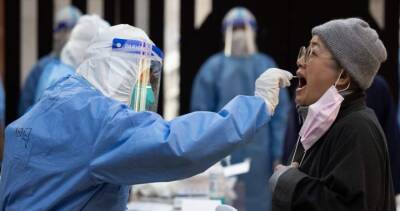 globalnews.ca
12.04.2022 / 07:59
95%
629
U.S. orders all non-emergency consular staff to leave Shanghai due to COVID-19
Shanghai, which is under a tight lockdown to contain a COVID-19 surge.The State Department said the order is an upgrade from the “authorized” departure issued last week that made the decision voluntary.The order covers “non-emergency U.S. government employees and their family members from U.S.
Zhao Lijian China city Beijing Usa covid-19 Department travelers 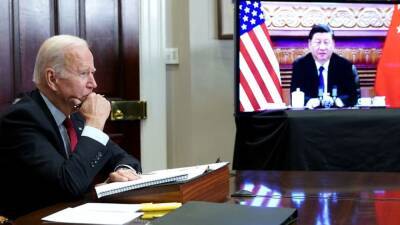 fox29.com
18.03.2022 / 16:13
62%
274
Biden to assess where Chinese President Xi Jinping stands on Russia's war
WASHINGTON - President Joe Biden and China's Xi Jinping are set to speak on Friday as the White House warns Beijing that providing military or economic assistance for Russia's invasion of Ukraine will trigger severe consequences from Washington and beyond.Planning for the call has been in the works since Biden and Xi held a virtual summit in November, but differences between Washington and Beijing over Russian President Vladimir Putin's prosecution of his three-week-old war against Ukraine are expected to be at the center of the call.White House press secretary Jen Psaki said Biden would question Xi about Beijing's "rhetorical support" of Putin and an "absence of denunciation" of Russia's brutal invasion of Ukraine."This is an opportunity to assess where President Xi stands," Psaki said.China on Friday again sought to highlight its calls for negotiations and donations of humanitarian aid, while accusing the U.S. of provoking Russia and fueling the conflict by shipping arms to Ukraine."China has called for every effort to avoid civilian casualties all the time," Foreign Ministry spokesperson Zhao Lijian told reporters at a daily briefing.
Xi Jinping Joe Biden Vladimir Putin Zhao Lijian Jen Psaki China Taiwan Washington city Washington, area District Of Columbia area District Of Columbia Russia Ukraine president Action Provident 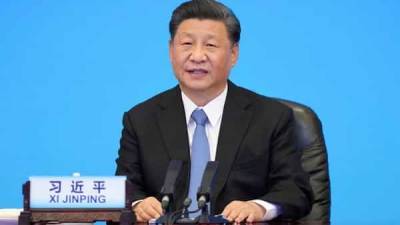 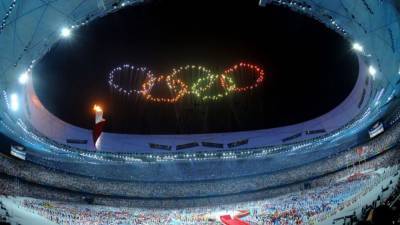 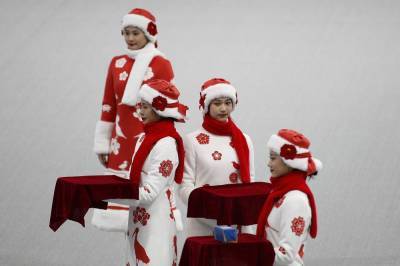 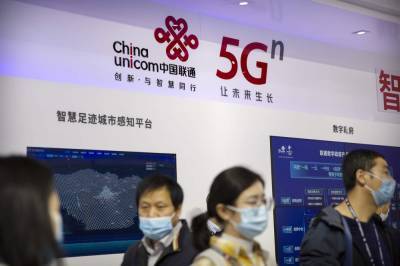 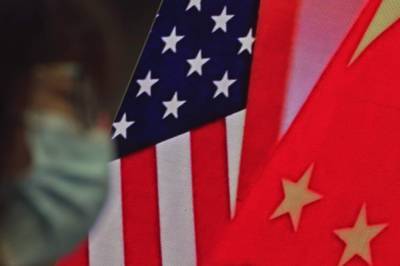 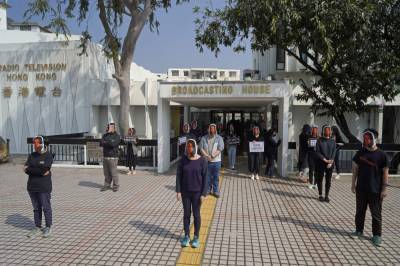 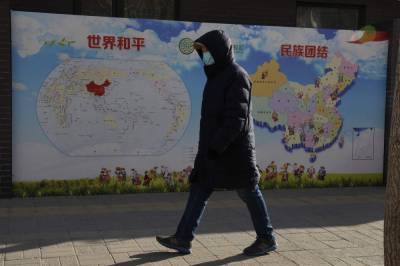 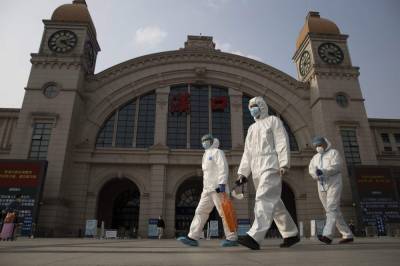 clickorlando.com
12.01.2021 / 13:59
47%
636
China says WHO experts to visit Wuhan in virus origins probe
BEIJING – World Health Organization experts will visit the city of Wuhan, where the coronavirus was first detected in late 2019, at the start of their investigation into the origins of the pandemic, China said Tuesday. Foreign Ministry spokesperson Zhao Lijian said the experts will arrive in Wuhan on Thursday.
Tedros Adhanom Ghebreyesus Zhao Lijian China city Wuhan city Beijing virus experts Coronavirus 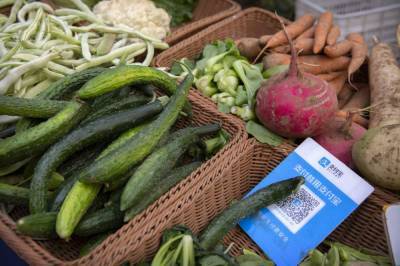 newsfirst.lk
30.10.2020 / 04:08
50%
869
China accuses US of “bullying” foreign nations ahead of Pompeo’s SL visit
COLOMBO (News1st): China has accused the US of attempting to “bully” countries over their foreign relations, days ahead of the US state secretary’s visit to Sri Lanka.“..all countries, big or small, have the right to independently develop their foreign relations based on their own interests,” Zhao Lijian, the Chinese foreign ministry spokesman said.He pointed out that attempts to use pressure and coercion to obstruct normal cooperation and exchanges between countries will not succeed.“…they will become the scorn of history, the laughing stock of the international community,” Lijian said.Members of US State Secretary Mike Pompeo’s staff have arrived in Sri Lanka to prepare for his visit.In a statement, US Embassy in Sri Lanka said  all
Mike Pompeo Zhao Lijian China Usa Sri Lanka Government Department newsfirst.lk
14.10.2020 / 17:12
80%
390
China says it has SL support Belt and Road Initiative
Colombo (News 1st); Sri Lankan President Gotabaya Rajapaksa publicly refuted the claim that China had set up a debt trap to control Sri Lanka, said China’s Foreign Ministry Spokesperson Zhao Lijian on Tuesday (13).At the Regular Press Conference Zhao said China has made great contributions to Sri Lanka’s infrastructure construction and development.He added Sri Lanka is willing to make every effort to promote the joint construction of the key cooperation projects under the Belt and Road Initiative, such as the comprehensive development of Colombo Port City and Hambantota Port, so as to raise mutually beneficial cooperation between the two countries to a higher level and better benefit the people of the two countries.Zhao went on to note no
Gotabaya Rajapaksa Zhao Lijian China Sri Lanka city Port president 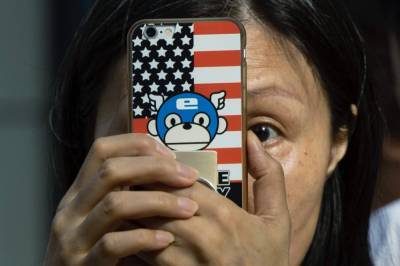 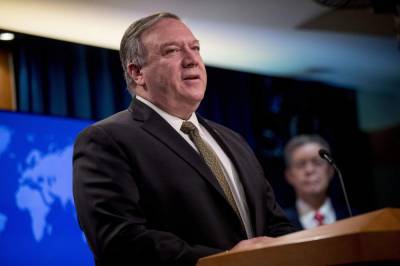 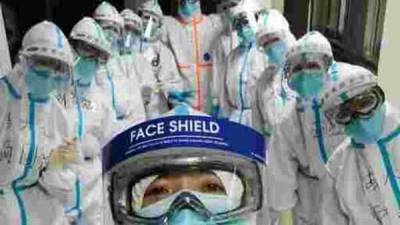 livemint.com
08.07.2020 / 18:10
79%
494
WHO team to visit Beijing to trace origin of COVID-19: China
WUHAN : China said on Wednesday that a team of World Health Organisation (WHO) will visit the country to trace the origin of COVID-19.The disease, which originated in Wuhan city of China, has killed over 500,000 people in the world and cases and deaths are increasing by the day."After consultation, the Chinese government has agreed that the World Health Organisation (WHO) will send a team of experts to Beijing to trace the origin of COVID-19," Foreign Ministry spokesperson Zhao Lijian said during a press briefing.ANI had reported last week that a WHO team will visit China to trace the origins of coronavirus.The visit will take place more than six months after the WHO's Country Office in China picked up a statement from the Wuhan Municipal
Zhao Lijian China city Wuhan, China city Beijing covid-19 experts Government

globalnews.ca
25.06.2020 / 08:59
86%
107
China says Kovrig, Spavor may be freed if Canada ends Meng Wanzhou case
China has explicitly tied the fate of two detained Canadians to the release of Meng Wanzhou, joining the growing calls for Ottawa to intervene in the Huawei executive’s extradition.In a media briefing Wednesday, Zhao Lijian, the spokesman for China’s foreign ministry, cited comments made by Michael Kovrig’s wife to the CBC and Reuters saying Canada’s justice minister has the power to end Meng’s extradition to the United States “at any point.”“Such options are within the rule of law and could open up space for resolution to the situation of the two Canadians,” Zhao said, referring to Kovrig and Michael Spavor, who have now been detained for over 550 days.
Justin Trudeau Michael Kovrig Zhao Lijian Michael Spavor Meng Wanzhou China Usa Canada city Ottawa United States 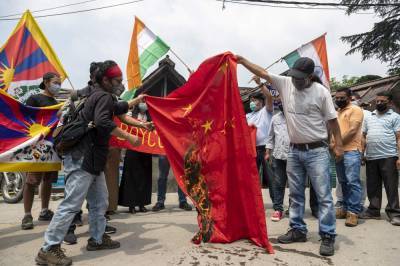 livemint.com
27.05.2020 / 15:03
49%
717
China says situation "stable and controllable" at India border
NEW DELHI : China on Wednesday said that the situation at the border with India is "overall stable and controllable," and both the countries have proper mechanisms and communication channels to resolve the issues through a dialogue and consultation.
Zhao Lijian China city Beijing city New Delhi India president information

livemint.com
19.05.2020 / 15:19
84%
816
Trump's threat to pull out of WHO an attempt to shift blame on Covid-19: China
In a four-page letter detailing his grievances with the WHO, Trump called on the group to 'demonstrate independence from China'
Donald Trump Health Organisation Zhao Lijian China Usa city Beijing, China covid-19 president Coronavirus 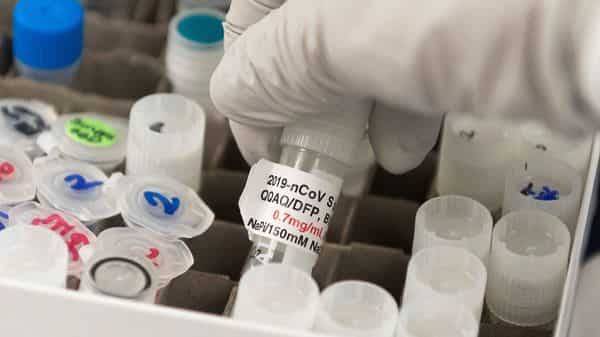 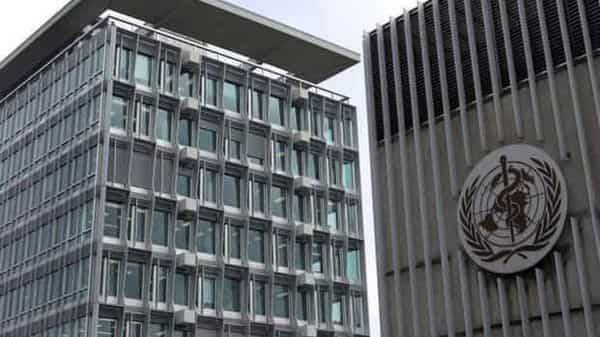